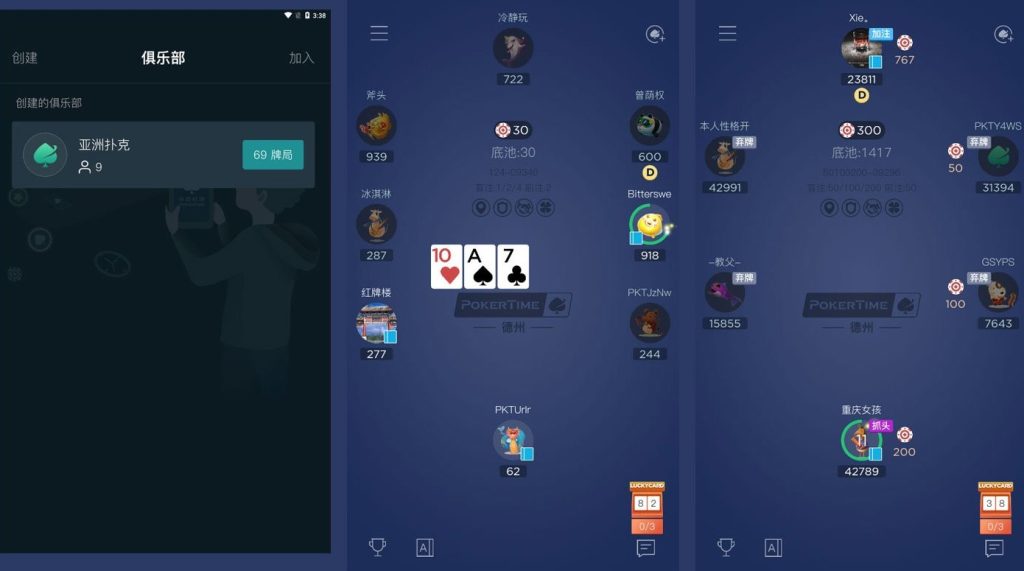 Pokertime is one of the main poker rooms that we can find nowadays. This modern Chinese room has one of the leading apps in the online poker industry when it comes to playing for real money. In addition, the room is ahead of other Chinese sites for several reasons, including having a stable traffic. Something that we really like about this application is its rake structure, and that is that only winning players pay the fee. In this article we explain the advantages of playing Pokertime, read on!

Pokertime is one of the latest Chinese hits and one of the best online poker apps for those looking to compete against amateur players. The use of this app is very simple, in fact, to register with it you only need to have a phone number or an email and a password. It is even possible to have three accounts on the same device. In addition, the registration requires a very simple verification in which you must enter the four-digit code that each user receives and the subsequent confirmation. Apart from how easy it is to create an account, or several, in this application, Pokertime offers a number of advantages compared to other apps and poker rooms. These are the main advantages of playing in Pokertime clubs through the app.

Pokertime is an application that has a stable and general pool of players, without the need to use the club system through the different agents. That is, the account is created directly by registering with the email. In general, the peak of traffic is usually concentrated in the afternoons of Asia, when more than 150 tables are started in the entire lobby.

Another advantage of Pokertime is the possibility of making the deposit, as well as cashing out, using cryptocurrencies, which ensures the privacy of the players. Deposits and withdrawals are processed through cryptocurrencies and players always do it independently, moreover, it is possible to make use of several types of cryptocurrencies. These are: BTC, ETH and USDT. In addition, there is support for direct transfers with Binance Exchange. It is important to mention that the exchange rate in USDT is always the same, both for withdrawals and deposits, however, in the case of BTC and ETH there may be a difference of 6% to 8% when withdrawing funds.

How is the rakeback of Pokertime’s clubs?

It is important to make clear that Pokertime does not offer rackeback, unlike other Chinese rooms and apps, however, it has several promotions such as Lucky Card that can be very interesting for players. In this promo a lucky hand is announced every day, which means that getting them several times a day leads to a number of prizes. These are:

In any case, it is also important to talk about the rake structure. And it is that only winning players must pay this fee. The rake in Pokertime is reduced, it comprises 3% or 5% when leaving the tables, the commission is calculated at the end of the table session. This usually corresponds to 3% for high stakes and the rest 5%. In case of negative results at the end of the session, no commission will be charged.

Pokertime clubs players are a soft field, mainly composed of poker fans. In addition, most of the player traffic comes from Asia, so it intensifies in the evenings on the Asian continent – as we mentioned above. It is important to note that this app is becoming more and more popular, which means that we are gradually seeing poker players with a higher level, so do not be overconfident. Of course, with this application it is easier to position and level up, compared to other poker apps. To do this, you just need to have patience and some experience.

A safe game, but with precautions

One of the most important features of poker applications is to guarantee a safe game to its users. This modern application is controlled by a security team that monitors the games to avoid possible violations of the rules and to detect suspected fake accounts. Pokertime’s gaming is fair and has the RNG certificate issued by Gaming Laboratories International. Security systems constantly check the game to protect users. In any case, being a modern poker room, it is important to take certain precautions. 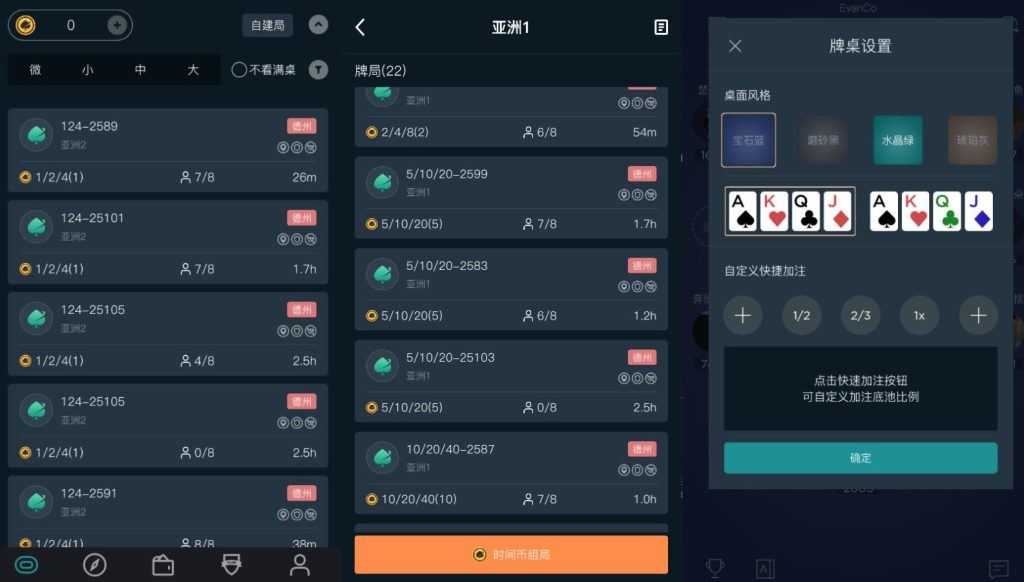 The offer of cash games at Pokertime is limited only to the Short Deck and NHL modality. However, it is important to note that the action is quite continuous, since tables are created every 2 or 2:30 hours. In addition, the games are played with play money (PKC or PKT) with chips that are equivalent to CNY and each chip has a value of $6.85, approximately. Regarding the most popular game format in this app, the NLH 8-max and 6-7 max in high stakes stand out. In addition, each of the games has an ante and a straddle. In fact, it is important to note that some tables offer the VPIP option (Voluntary Put In Pot) or, what is the same, “put voluntary money in the pot”. This has a minimum value of 35%.

Last but not least, it should be mentioned that the games have very low limits to participate, the buy-ins start at 0.1 ($0.015). In reality, these are very varied and depend on the game modality to be played. Thus, we can find limits ranging from 0.1 / 0.2 / 0.3 to 50 / 100 / 200. As a negative aspect of Pokertime clubs it should be noted that this application for iOS and Android does not allow the use of third-party software.