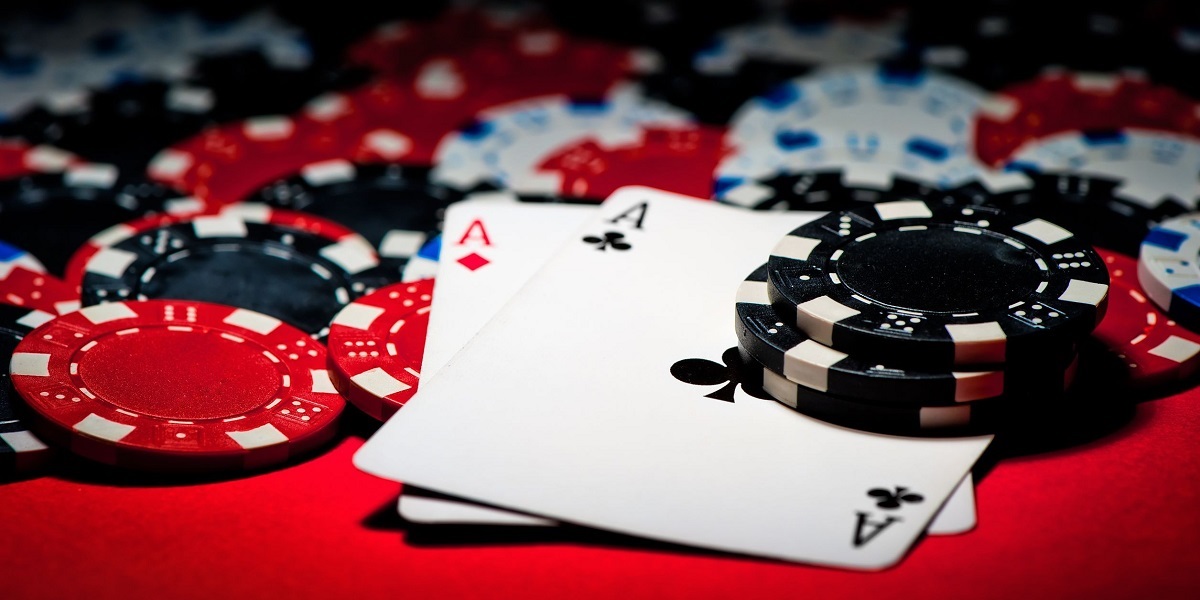 The tremendous popularity of poker has allowed it to cross multiple frontiers of entertainment and it is increasingly implemented in formats such as cinema or video games. Although its presence in electronic entertainment was residual before, nowadays there are titles that hide poker games to which the protagonist can go as an option if the player wishes, giving it more projection if possible.

But if we stick to the celluloid, the history of cinema is full of references to poker in which two players battle hand to hand in a game or where poker plays a key role in the context in which the story unfolds, and can even be the umbrella that gives shelter to a story of revenge or scams.

If you want to discover some of the best poker game movies you can find, pay attention to this selection: this is the best of the best that you will be able to find in the film library.

The 7 best poker movies to watch

If you want to enjoy a good movie in which poker plays a leading role, you should not miss any of the ones we mention below. Not all of them belong to the same genre and their stories are told at different paces, but all of them ooze quality from all four sides. 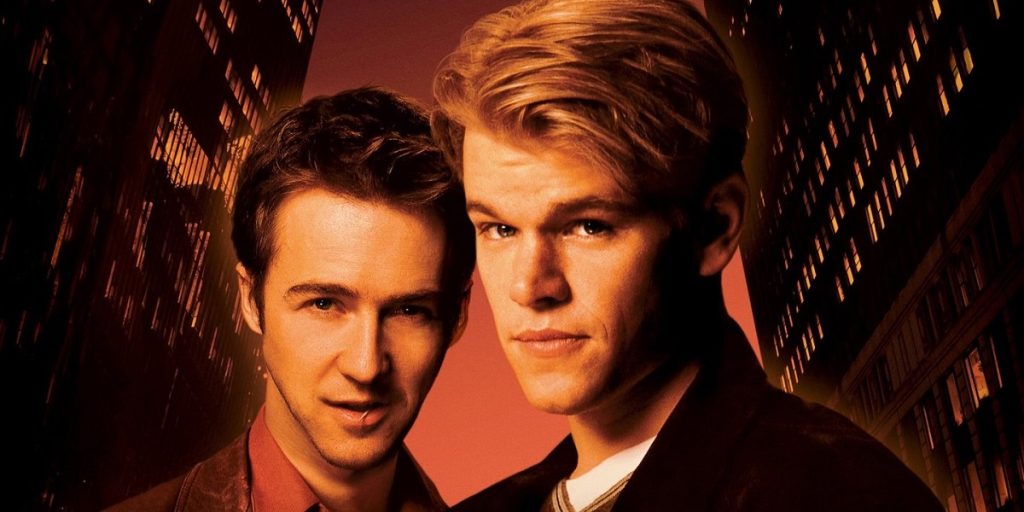 We’re pretty sure that, in a movie conversation, you’ll have witnessed someone talking about “a Matt Damon poker movie” that’s really good and was highly praised. Because almost no one ever remembers the title, Rounders. It’s already stuck in the collective imagination as “that Matt Damon poker movie.”

Co-starring Edward Norton, Rounders told in 1998 the story of a young American with financial problems who decides to use all his poker potential in illegal games in order to finance his trip to Las Vegas to compete in the WSOP. It is an ode to the dedication (and legal limits) of the game in the United States, and perfectly narrates the ascension path that many poker players have had to take to become part of the Olympus of poker players.

It is one of the best poker movies you can find today, being also a film that has aged particularly well, especially considering that it had a top-notch cast: Damon and Norton were joined by the incombustible John Malkovich. 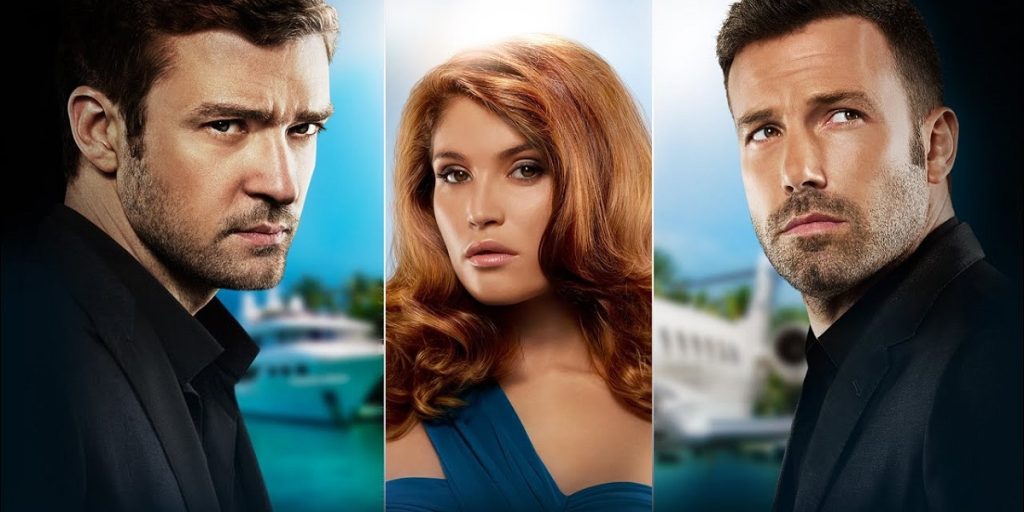 Although far from the serious tone of the previous film and at times it seems to be thinking more about getting close-ups of the actors than telling a story, in reality Runner, Runner hides a very interesting story that has online poker and its security handicaps as protagonists.

Starring Justin Timberlake, Runner, Runner follows Richie Furst, a student who loses a large sum of money in a fraudulent online poker game. Far from being satisfied, he decides to track down the organizer of the game and tries to recover the money he has unfairly lost, only to realize that behind the facade of the person he is looking for hides an organization that is much opaquer than it seems.

The main cast is completed by Ben Affleck, Gemma Arterton and Anthony Mackie, and even Leonardo DiCaprio was involved in the production. 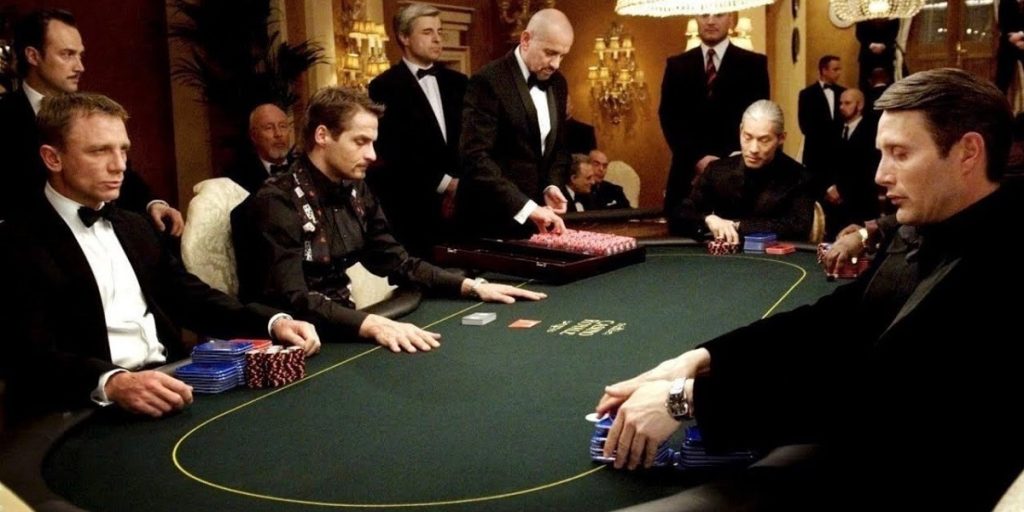 How can we talk about poker and forget about James Bond, right? One of the many vices that 007 has always had is gambling, but it is not until Casino Royale when Bond, in his first mission, must apply everything he knows about poker to face a terrorist banker known as Le Chiffre in a high-stakes game at the Casino Royale in Montenegro.

As Le Chiffre tries to recover the money from his clients that he has been speculating with after a failed investment, Bond’s mission will be to make him lose in order to corner him. But as the tension grows at the table it is also doing so off the table, both resorting to all sorts of tricks each dirtier to try to make his rival off the game. 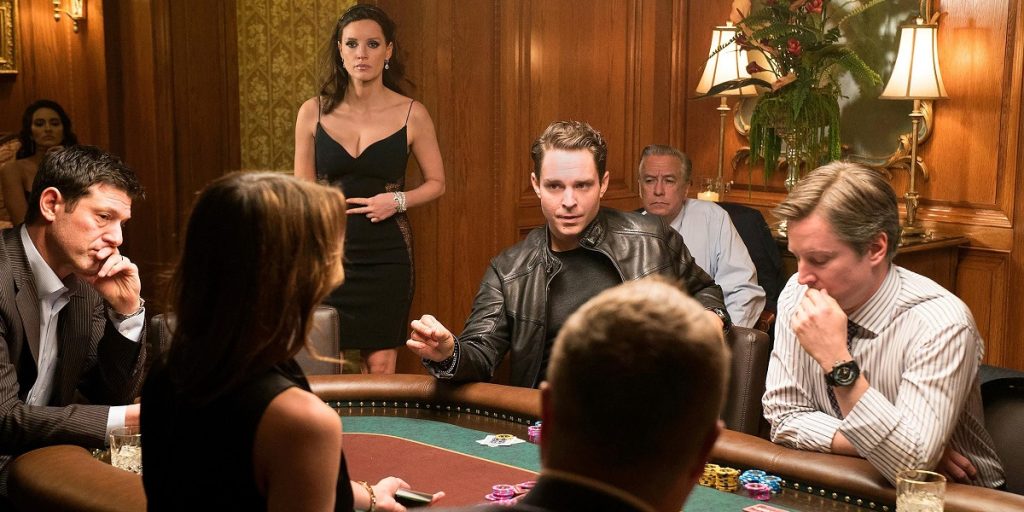 Based on an incredible true story, this film by Aaron Sorkin follows Molly Bloom, a young woman under investigation by the FBI who has no qualms about using all her skills, despite her young age, to organize poker games across the country. The film, based on her memoirs, tells how she managed to amass a tremendous fortune in her twenties, making her one of the richest people of her age in the country. 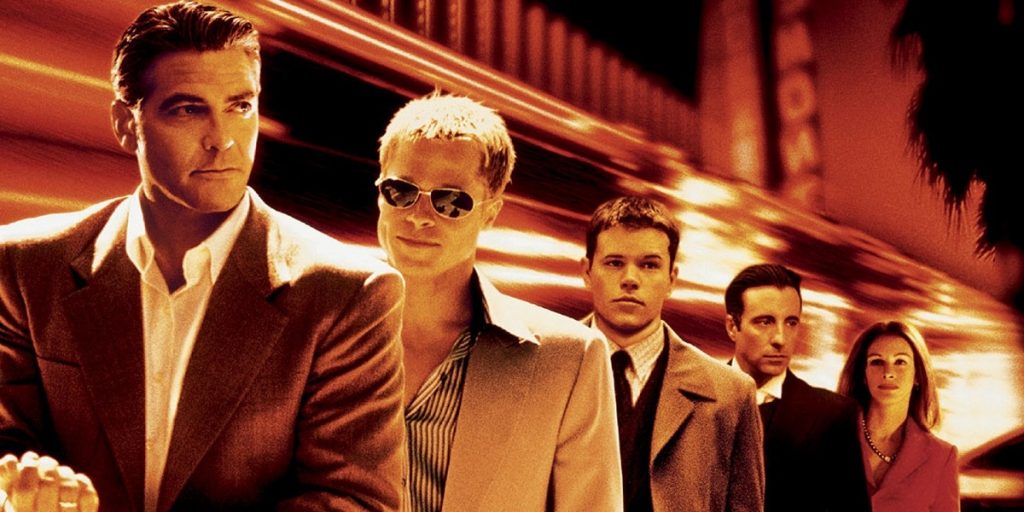 Although in reality any installment of the Ocean’s saga would do, we’ll stick with the first one for being the one that managed to capture the essence of the atmosphere of the hotels and casinos of Las Vegas. And that is the charm of this film starring George Clooney, Brad Pitt, Matt Damon, Julia Roberts and Andy Garcia, among other stars: it represents like few others the atmosphere of this mythical city.

The story tells the story of the release from prison of a gangster, Danny Ocean, who organizes a heist to rob three of the most popular casinos in Las Vegas, all owned by Terry Benedict, a billionaire who disputes the heart of Tess with Ocean himself. 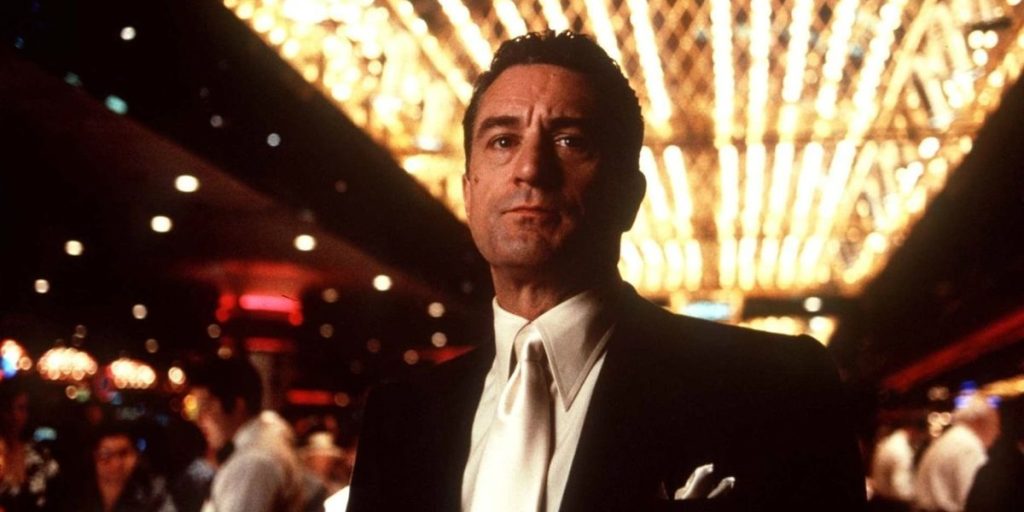 One of the best poker movies in general and Martin Scorsese’s in particular is a crime drama starring Robert De Niro, Sharon Stone and Joe Pesci. The plot centers on Ace, a mob associate who runs a series of casinos in Las Vegas and whose mission is to make money for his associates and himself. The story gets complicated when Nicky Santoro, his lifelong friend, starts causing trouble and Ginger McKenna charms Ace, causing him to lose control and putting his life in serious trouble.

Despite its length, which seems excessive at times, it is one of the best films in the director’s filmography and portrays with the dry solemnity that characterizes Scorsese the life of ambition and gambling in the decade of the 70s and 80s in Las Vegas. 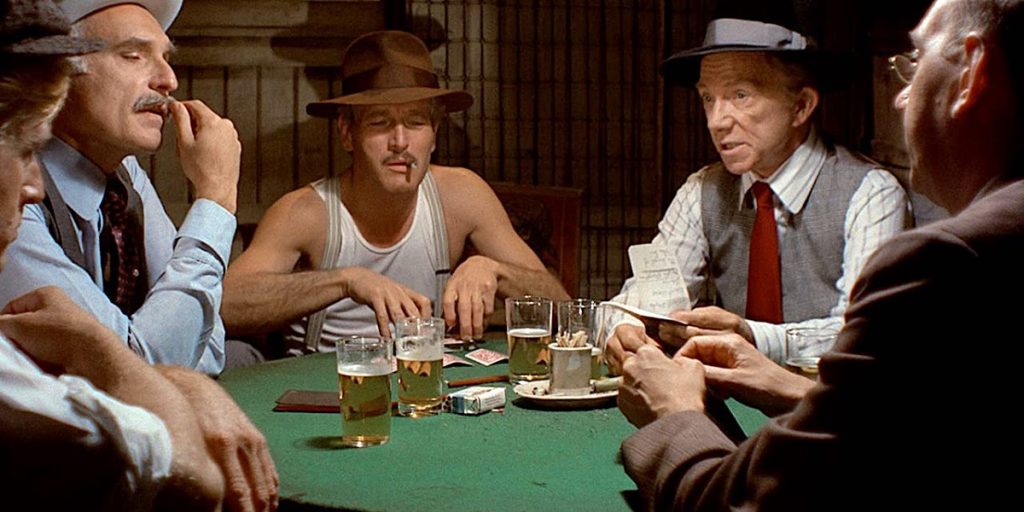 A modern-day classic starring Paul Newman and Robert Redford that tells the story of two friends who decide to avenge the death of a mutual friend at the hands of a mob gangster. Although it is perhaps the least focused on poker, it portrays with such exquisiteness the atmosphere of the game in the first half of the twentieth century that it is considered one of the best films about poker players that can be seen today.

Although far from the approach of other stories (for example, Matt Damon’s 1998 poker movie made a much more precise technical follow-up of the game, while The Sting focuses on the relationship between Henry Gondorff and Johnny Hooker, the characters played by Redford and Newman), The Sting is a must-see classic and one of the most cherished poker game movies by moviegoers and gambling enthusiasts in general.

The film also features stars of the caliber of Robert Shaw, one of his last great performances before he died of a heart attack at the age of 51.

If what you prefer is to see stories related to poker in another genre or with a more realistic narrative, the best thing you can do is to resort to watching documentaries. They are less known and maybe that’s why this selection of the 7 best poker documentaries you can find can help you. In addition, you will be able to check where to watch them so you can access the right platform immediately. All of them are highly recommended and offer a different point of view of the poker world.